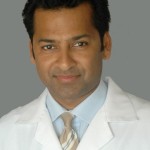 Dr. John Jain is a board-certified reproductive endocrinologist and a pioneer in the field of reproductive medicine. He has received multiple research grants from the National Institutes of Health and was appointed to the National Ethics Committee of the American College of Obstetricians. In 2006, the Pacific Coast Reproductive Society awarded him their top research prize for his innovative work on egg freezing.

Dr. Jain has twenty five years of academic experience including a decade as a decorated professor of Obstetrics and Gynecology with Tenure at the USC Keck School of Medicine. Dr. Jain has over 100 published works in the area of reproduction and biotechnology.

He remains dedicated to advancements in the treatment of women of advanced maternal age and egg quality through cutting-edge research at Santa Monica Fertility.

Dr. Jain has appeared on numerous national and international television shows including The Today Show, Dr. Oz, Dr. Phil, and The Doctors. He was the featured fertility specialist in the 2012 PBS show, My Future Baby, a comprehensive documentary about modern day infertility and Assisted Reproductive Technologies.