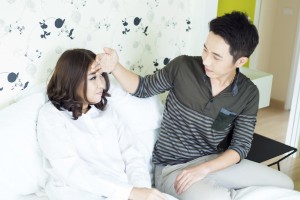 You feel nauseated, tired, and a little woozy, and your period is a week late, but is it really pregnancy? In the early stages, it’s hard to tell. If you’ve been hoping for a baby for awhile and you’re undergoing fertility treatments, you might alternate between noticing small symptoms and getting excited about possible pregnancy, and ignoring the early signs completely because you’ve had so many disappointments.

Here’s the lowdown on common symptoms and whether they really indicate pregnancy.

Remember, the only way to really tell if you’re pregnant is to take a pregnancy test, and then wait, since even pregnancy tests can sometimes be incorrect. If you’re feeling discouraged about your chances of having a baby, contact Santa Monica Fertility for a consultation with world-renowned fertility expert Dr. John Jain.