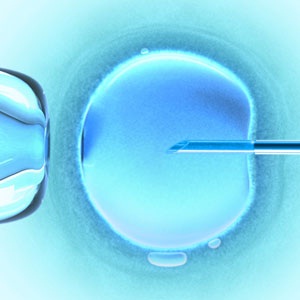 There has been a lot of talk in the news about Three-Parent IVF. It involves a procedure called nuclear transfer and has to potential to reverse the age decline in fertility.

The human egg has two main compartments; the nucleus, which contains a person’s DNA (genome – repository of hereditary information) organized into 46 chromosomes of which 23 are inherited from the mother and 23 from the father; and the cytoplasm, which surrounds the nucleus and contains all of the components needed to maintain egg viability and support reproduction. One can visualize the nucleus as the yolk of a sunny-side up egg and the cytoplasm as the egg white. To prepare for fertilization by sperm, the egg discards one member of each of its 23 chromosome pairs (23 discarded) in order to present the correct number to the sperm, which carries 23 chromosomes, the result being a fertilized egg (embryo) containing the normal human complement of 46 chromosomes, 23 from each parent. Discarding one member of each of the 23 chromosome pairs requires a lot of energy. The energy comes from small oval-shaped organelles located in the cytoplasm called mitochondria. Mitochondria actually came into existence millions of years ago as a single-cell organism that had the unique ability to convert oxygen into energy (ATP). At some point in the very distant past, mitochondria invaded another cell and formed a symbiotic relationship whereby the host cell provided oxygen and the mitochondria in turn produced energy. Speeding ahead millions of years to modern day and that same symbiotic relationship can be found in all of the body’s cells. Since mitochondria began as a unique organism it has its own unique DNA.  Thus, in almost all of our cells there is actually two types of DNA, genomic DNA in the host’s nucleus and mitochondrial DNA.  As women age, DNA within mitochondria located in their eggs become increasingly mutated leading to decreased energy production. This lack of energy causes the egg to make errors in the number of chromosomes it discards thus leading to abnormal embryos. The term “egg quality’ has been used to describe an egg’s ability to create a chromosomally normal embryo and is known to decline with age.

Nuclear transfer is a procedure where the nucleus is removed from one egg and transferred into another egg where the nucleus has been removed. Think of transferring one egg yolk to the egg white of another egg. In theory, if the nucleus of an egg from an older woman is transferred into the cytoplasm of a younger woman’s egg, the ensuing embryo and child would solely inherit the characteristics of the older woman. In theory, younger cytoplasm could provide more energy to facilitate correct chromosomal segregation and normal embryo formation. This technique offers hope to women over the age of 40 who experience rapidly declining fertility.

Back to Blogs Contact Us
« Does carrying cell phones in pant pockets lead to male infertility? Women who bear children at an older age may live longer lives »

Getting Pregnant in Your 40s or 50s