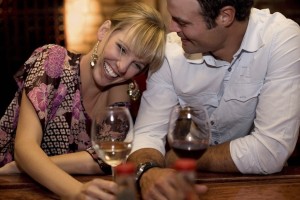 What is subfertility? Are there ways woman and men can enhance or increase their fertility by making lifestyle changes? Is drinking, even having the occasional glass of wine a few nights a week effecting the quality of one’s uterine lining, or hormones levels, or egg quality, or ovulation?

If you have not been able to get pregnant for a year, you still may not have complete infertility, but subfertility – where one is less fertile, and it may take longer than most people, or some western intervention, to get pregnant, but that eventually one may become pregnant. This is not the time to guess – see your gynecologist right away, and if possible, see a reproductive endocrinologist, or an RE. Once those appointments are set up, then it is time to take a look at your life and tweak it so that it is uber-fertile! Many women and men make changes to their diets, take supplements and start doing yoga and acupuncture to enhance their fertility. But there is some controversy around alcohol and trying to conceive, and the data regarding the effects of moderate alcohol intake on fertility is inconclusive at this time. But overall, the largest prospective studies conducted in Europe indicate that high levels of alcohol consumption are associated with greater difficulty conceiving.

One small Danish study identified a slight delay in conception even with alcohol ingestion of 5 drinks or less per week. However, this research relies on self-reporting of alcohol consumption which may be inaccurate. In many cases, the studies do not fully account for other factors that could be affecting fertility.

When you are attempting to conceive, taking a moderate approach to alcohol consumption is the wisest course of action. If having an occasional beer or glass of wine once or twice a week is part of your normal lifestyle, this is unlikely to have a significant effect on your ability to conceive. Drinking every day or consuming several drinks at one sitting is behavior you should avoid. High levels of alcohol can negatively affect many aspects of your health and is probably not good for eggs or sperm development either.

If you think you might be pregnant, it’s time to stop consuming alcohol. Fetal harm from exposure to alcohol in the womb can lead to lifelong health problems. In fact, Fetal Alcohol Syndrome (FAS) caused by maternal alcohol consumption is the leading identifiable cause of neuro-developmental disorders and birth defects in babies. No “safe level” of prenatal alcohol exposure has been identified, so pregnant women are advised to abstain from alcoholic beverages altogether.