There are several techn 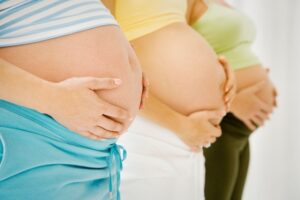 iques in the field of infertility treatment that may increase one’s chances of having a baby – egg freezing and genetic screening being two that are becoming more common, and are increasing across the U.S. in their use to preserve and assist in conceiving and giving birth to a healthy child. In the mid-eighties scientists started experimenting with freezing eggs for later use, and now with the progress of vitrification the success rates are much higher, with a 90% survival rate. Egg freezing can be a potentially great match for women who are not ready to have children now but may want to in the future, and for women who are under 35 years old. It’s also a great idea for women who are about to go through medical treatments that may effect fertility and sterility. The developments and improvements in egg freezing have also allowed young women, who have not yet reached advanced maternal age, to freeze and donate their own eggs to women who need a healthy egg in order to conceive, or for women who cannot ovulate, or who not want to pass on potential genetic issues.

While many women with fertility issues consult a fertility doctor (an RE – a Reproductive Endocrinologist) because they cannot get pregnant due to an ovulatory or uterine factor, such as PCOS (cysts) or fibroids), most women undergoing fertility treatments are older, and the risk that a baby will be diagnosed with Down syndrome increases with the mother’s age. But pre-implantation genetic screening (PGS) has become a more reliable way to check viable embryos for the disorder. Today PGS has a 98-to-99-percent accuracy rate, and may be a good idea for women over the age of 35, considered advanced maternal age. Women who are trying to conceive (TTC) with a partner who is older (advanced paternal age or over the age of 40) need to be careful as well, as the risks for certain diseases and health challenges goes up every year for men too. PGS and PGD can  allow couples trying to conceive test for genetic diseases such as cystic fibrosis, Tay-Sachs, Huntington’s, or sickle-cell anemia, to screen their embryos.