Here is some information on what to eat, and what to avoid, when trying to conceive. In Part A of this topic, we’ll start with things to avoid. Processed foods, junk food, fast food, fried food and foods high in sugar, salt, saturated/trans-fats and chemicals are things that should be avoided as much as possible. This goes without saying, whether you are trying to conceive or not.

Overall, drinking plenty of water from a clean source is very important. Avoid drinking lots of bottled water, if possible. The bisphenol-A (BPA) from the plastic containers (both in many plastic bottles and in the linings of some cans) may act like a xenoestrogen, binding to Estrogen receptors, and is therefore considered a potentially dangerous hormone disruptor. This may interfere with normal hormonal messaging, which is necessary when trying to ovulate regularly, or when a patient is doing IVF and balancing a fine ration of hormonal medications in preparation for a cycle. Moreover, it has been linked to increasing negative epigenetic mechanisms, such as turning on the diabetes and the obesity gene, which can be passed on to not only one’s children, but one’s children’s children. And most recently it has been linked to neurological disorders – something that should be avoided whether you and your partner are trying to conceive or not. Also, BPA bioaccumulates in pregnancy, and has been found in large amounts in the placenta – best to avoid exposure to these plastics throughout the entire pregnancy. 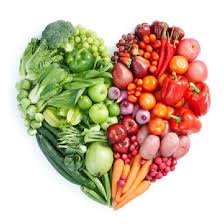 Another thing to consider avoiding is artificial sweeteners. Chemicals such as aspartame can be great for reducing caloric intake and sugars, which is a great idea, overall, but it can also act as hormone disruptor in certain individuals. Even stevia should be used with caution, as there are some animal studies showing it may interfere with spermatogenesis, and possibly egg quality in women. One way to treat your sweet tooth is to make sure you are getting enough natural sugars into your diet, such as fruit.
Other things to avoid are smoking, for both men and women. Smoking (tobacco or marijuana) and drinking alcohol (a neuro-toxin) are things that should be completely cut out when trying to conceive, during preconception care, and in an effort to get as healthy and fertile as possible with the highest quality eggs and sperm. A large variety of fruit ensures both antioxidants and satisfaction, as well as fiber intake and other important vitamins. Berries are a great fertility food as they are both low glycemic and high in antioxidants, making them a great choice for men and women trying to conceive. In the winter, cooked fruits are a great way of getting in natural, healthy sweetness. Cooked Asian pears with cinnamon and a little bit of honey is thought of as a great dish to support lung function – great for cold & flu season, as well as heart health & fertility.

Decreasing caffeine and coffee are also things to take into consideration when trying to conceive. Caffeine decreases motility & health of sperm, and in some women, may encourage miscarriage, especially within the first 8-10 weeks, and is thought to negatively impact fertility. It is recommended to limit caffeine to 1 cup/day, and if it can be managed, cut out completely. Many women switch to decaf. Although the U.S. used to use many cancer-causing solvents in the direct and indirect de-caffeination process in the 1970’s, today most companies no longer use these chemicals. Carbon dioxide is still used in the direct version, but evaporates by the end of the process, so is considered safe. Sticking to naturally decaffeinated coffee, or even better, coffee that have been processed through the Swiss water process, is best, if it is absolutely necessary. For some people, if their body is particularly sensitive to the coffee bean itself, which has stagnating properties according to traditional theory, it would be best to cut it out completely, or consider switching to green or white tea – all of which are the same plant as black tea, Camellia sinensis, but with much less caffeine.

Soy, dairy & wheat are also controversial when it comes to fertility. The best way to navigate these 3 food products is to avoid very large, processed amounts of them. During the weeks of IVF, that may be different – a new study just came out of Harvard showing that certain phytoestrogens may help counteract BPA (bisphenol-A) buildup in the system, aiding in conception if eaten during IVF cycles. More studies need to be done to see what is actually causing what, so stick with unprocessed soy if possible during an upcoming IVF cycle, and consult with your health care practitioner to make sure your intake is right for you.

When in doubt: moderation! Having a glass of wine at an important party or a special dessert on a special occasion will not throw off all the hard work that you’ve put into your pre-conception care. And in fact, the stress that some people experience/create over constantly denying themselves of a treat now & then may in fact be even more unhealthy – stress is just as bad, if not worse, than certain foods! They key is an overall healthy lifestyle, and moderation.