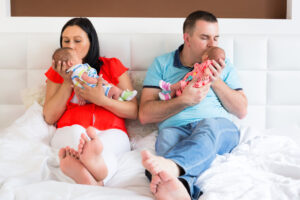 Do you dream in doubles, or do you dread having twins? For some couples that have waited for years to have children, the prospect of twins is exciting and can be a happy bonus on the long road to parenthood. For others, fears of not being able to handle two babies at once can increase stress during fertility treatment. Here are answers to frequently asked questions about infertility treatment and having twins.

Are you more likely to have twins if you’re undergoing fertility treatment?

Will IVF increase my chances of having twins?

If you have multiple embryos implanted, you do have an increased chance for having twins. A single embryo implanted using IVF usually has only about a 33% chance of developing into a fetus. Because of that, many couples choose to implant multiple embryos at a time, which result in twins, triplets, or more. However, at Santa Monica Fertility Clinic we offer a new technology called pre-implantation genetic screening, which screens embryos for chromosomal abnormalities before using it for implantation. Using this new technology doubles the chance of a pregnancy from a single embryo, making multiple implantations usually unnecessary. 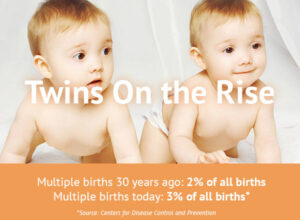 Are multiple births more common now than in the past?

Yes. For the past 100 years, 2% of births were multiple (twins or more). However, since the 1990s, multiple births are becoming more common. Now 3% of all births are multiple. Of the 1% increase, one third is attributed to women waiting longer to have children (women aged 35-45 have always had a higher chance of multiple births, even though they’re less fertile overall), and two-thirds is due to fertility medicine and treatments.

Are there risks with having multiple births?

The most common complication of being pregnant with twins, triplets, and other multiple births is early delivery. Babies born at low birth weights (under 5.5 lbs.) tend to have more respiratory difficulty and other medical problems in the first few months of life. For the mother of multiples, there is an increased chance of developing gestational diabetes.

If I really want to have twins, is there a way to increase my chance of having them?

We do see a lot of women who have waited until the late 30s or 40s to have children and they would love to have two at once. However, although certain fertility treatments may slightly increase your chances of having multiple births, there is no way to ensure that you will have twins.

Multiple births are 1% more common than they were 50 years ago, but fertility treatments only account for 2/3 of those cases. A woman has a higher chance of conceiving multiple births naturally if she is over the age of 35, and with women waiting longer to start a family this has been a strong influencer.

What makes me more likely to have twins?

Other factors that increase your chances of having twins include: a family history of twins (or being a twin yourself—the idea that twins skip a generation is a myth), taking fertility medication, having multiple embryos implanted during IVF, or if the woman is over 5’8” tall, has a BMI over 30, eats meat or dairy regularly, or is African American. 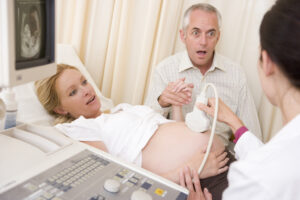 How soon after conception can I find out if I’m having twins?

I’ve been trying to get pregnant for a year, with no success. When do I know if it’s time to see a fertility specialist?

Women who have been trying to get pregnant for a year should see a fertility specialist. If the woman is over the age of 35, doctors advise seeing a specialist within six months. Seeking treatment early can minimize the stress and anxiety you may be experiencing. At Santa Monica Fertility Clinic, we work with patients from all over the world who have dreams of building a family. We have helped thousands of couples successfully conceive a baby. Please contact us today to schedule your initial consultation. Phone consultations are available for out of town patients. 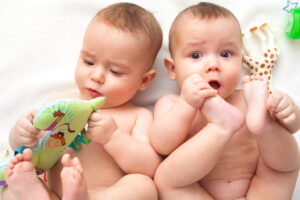 Multiple births are on the rise, but they’re still relatively uncommon. Today you have a slightly higher chance of having a multiple-birth pregnancy than you would have 40 years ago. However, doctors believe that fertility treatments only cause part of this increase. A third of the increase is due to increased age of mothers.

Interested in meeting with a fertility specialist? Contact Santa Monica Fertility Clinic to schedule a consultation with Dr. John Jain.