Multiple pregnancies seem to be the topic of the day.  Twins represent the majority of multiple pregnancies. The chance of having twins naturally is approximately 1%. Most twins are fraternal (non-identical) meaning that they each come from one egg.  Fraternal twinning appears to have a genetic basis since twins tend to occur repetitively in certain families and have increased incidences in certain ethnic groups. Naturally occurring fraternal twins occur when a woman ovulates at least two eggs and both are fertilized. Usually, women ovulate one egg each month.

Identical twins are the result of a single embryo splitting into two embryos during the first 15 days of life.  Identical twinning is thought to represent a random event rather than having a genetic or racial basis.

Over the past decade, improved fertility treatments has lead to a rise in the incidence of twins, triplets and even higher-order (Quadruplets etc.) multiple pregnancies. Although most of these multiple pregnancies are fraternal (each from one egg), the incidence of identical twinning has also increased, probably due to embryo manipulation in the laboratory. Fertility treatments utilize hormonal injections that increase the number of eggs produced. Following hormone injections, a woman can be artificially inseminated, or undergo in-vitro fertilization whereby the eggs are fertilized in the laboratory and actual embryos are transferred into the uterus.

Multiple pregnancies are considered high-risk pregnancies.  For the mother, the risks include increased chance of hypertension in pregnancy, gestational diabetes, cesarean section and hemorrhage at the time of delivery.  For the babies, the main risks relate to preterm delivery and the risk of disability or death from underdeveloped organs.

Several years ago I was a guest on “The Doctors.” The topic was multiple pregnancies.  Click the Image below to view the video… 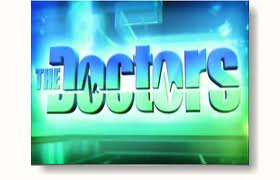