We have patients that come in saying if they have one more leaf of kale they’re going to…well, you get the idea. It’s great that people are getting a variety of vegetables and fruits into their daily diets, but what about the less popular foods that pack a powerhouse fertility punch, like strawberries? Or what about the ones that you’ve never even heard of, but are right under your nose? Take bitter melon, for example. It’s cheap, it’s a totally new flavor most Americans ignore, and it adds depth to dishes. Did you know it also drains damaging phlegm and mucus from the system? Women with any kind of cysts, PCOS, fibroids, diabetes, Syndrome X, metabolic syndrome (it regulates blood sugar levels too), endometriosis, blocked fallopian tubes and inflammation will all benefit from eating this food.

Or what about Diakon? No, it’s not a vacuum cleaner. Work with me people. It’s a root vegetable. It’s white and fleshy and packed with crunch and crisp, and it also happens to be chocked full of Vitamin C, the ultimate antioxidant (listen up, boys… #sperm), and can be added fresh to salads or cooked up in almost anything!

And finally, black raspberries. No, not blackberries. This “specialty item”  has three times the vitamins and antioxidants as all of the berries of the traditional kind, and they’re black, which makes them both goth AND good for the adrenal and kidney energy, according to ancient Asian traditional medicine. In this philosophy, black foods are eaten to strengthen the kidneys, which govern the reproductive system and tonify a woman’s body, helping their sexual and reproductive energies, which is what is needed the most when TTC (trying to conceive). 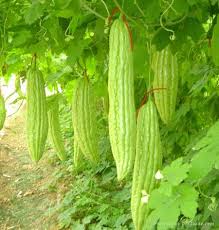