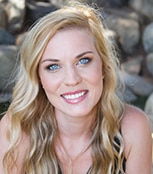 Over 20% of women in the U.S. have some version of polycystic ovarian syndrome or PCOS. Not only does this disease create cysts and obstructions in ovarian tissue, but it involved disregulation of hormones and blood sugar levels, effecting insulin production and a cascade of health issues down the road. As one of the number one health issues that sets the stage for infertility, it is commonly treated, but often on cured without lifestyle chances and adjunctive care, such as weight management, nutritional counseling, movement and lifestyle counseling and acupuncture therapy.

Most women with PCOS do not ovulate or menstruate regularly. Not only does PCOS wreak havoc on the ovaries, but it also interferes with adrenal, pancreas and hormonal functions. Changes in the pulsatile release of GnRH (gonadotropin-releasing hormone) cause higher than normal levels of luteinizing hormone (LH) to be released into circulation and these ratio changes of LH to FSH (follicle stimulating hormone) impede folliculogenesis and promote androgen production. What does elevated androgen do besides directly disregulate a woman’s hormones? In addition to disrupting follicle development and ovulation, elevated androgens are often to blame for other common features of PCOS, including acne, hair loss or facial hair growth. Insulin resistance, which is demonstrated in many PCOS patients, significantly perpetuates these same issues by increasing testosterone levels and further impeding follicle growth.

So how does acupuncture and lifestyle changes effect PCOS? More and more studies are coming out showing that acupuncture can benefit insulin resistance, weight loss, blood flow, stress levels and hormone balancing. It’s an ancient art form from Asia, and it’s been around for thousands of years, many of the ancient gynecological texts showing just how it’s done to reverse cystic activity in women.

The insertion of very tiny, thin (thinner than a hair in some cases!) acupuncture needles increases circulation and glucose uptake within cells. Acupuncture “also promotes the release of specific neuropeptides, which can alter sympathetic output to select target organs, such as the ovary, via feedback through the central nervous system. In response to acupuncture, β-endorphin modulates the release of hormones such as GnRH and CRH (corticotropin-releasing hormone) and hence can alter reproductive, adrenal and pancreatic function.” In fact in studies show an improvement in ovarian function with acupuncture treatments in 4 months along with improved menstrual cycle regularity and balanced hormone levels when compared to exercise or control groups alone. Moreover, “favorable hormone changes were documented over the duration of the study in the acupuncture group, including reductions in estrogen, testosterone, free testosterone, DHEAs and inhibin B.” All of this not only prevents cysts from forming but can help women to ovulate more regularly and get pregnant easier on their own, or if they are doing IVF, it typically increases chances of conception by up to 60%.

Women need all the help they can get when they are trying to conceive and it is taking longer than expected, or they have a diagnosis like PCOS. Utilizing all of the tools available will notably increase ones chances and help them to be healthier along they way. We strongly encourage women with PCOS, infertility or subfertility to seek additional help during the TTC process as it will surely help us in our goal to create healthy happy babies among subfertile women today.