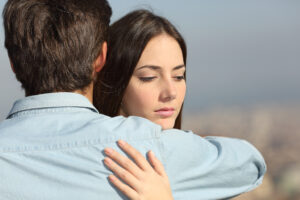 When a couple goes through recurrent miscarriages, there are many issues that the must be looked into, one of which is male factor issues involving the man’s sperm. Even something as simple as a medication, a varicocele or an old sports injury in a man’s past could effect sperm quality and may show up on a semen analysis or a DNA fragmentation test. A man may also have a chromosomal issue that were not previously picked up on in a SA (Semen Analysis), or he may be taking certain medications on and off that he does not think could effect his sperm.

What can be done? Whether a man or couple chooses to take the natural route or it looks like assisted reproduction holds the key, especially if there is a genetic issue, a man wants his sperm to be as strong and as healthy as possible. Looking into what medications you’re taking, getting in better shape (losing weight if necessary, and cutting out things like alcohol, coffee, lots of processed soy and sugar) are vastly important. And no overheating – avoiding hot tubs and jacuzzi’s is beneficial, and even  loose underwear or pants can help. Doing this for about 3 months of preconception care can be incredibly helpful.

Laptops may be another thing to watch as they can heat the lap temperatures, negatively effecting the testicles. And even vegan-ism and extreme vegetarianism can be a disadvantage. Reducing processed protein forms like soy and tofu and adding in some organic animal products might be helpful according to these theories. Harvard University studies  suggest that the pesticides in fruits and veggies may also hinder male fertility – so go organic whenever possible.